TEHRAN, May 09 (MNA) – Iran has obtained the technological expertise to mass produce 2 strategic catalysts which will efficiently stop their imports and save the country $2mn per year.

With the international anti-Iranian sanctions, a number of European and Asian companies have prohibited the export of catalysts and chemical additives to Iran. For the past three years, however, a special plan for domestic design and manufacture of catalysts has been put on Iran’s oil and petrochemical industry agenda.

During this span of time, Iran has succeeded in domestically manufacturing some 20 petrochemical catalysts and chemical additives. It is predicted that the country will soon become self-sufficient in producing catalysts and efficiently stop the imports of these production into Iran’s petrochemical industry.

The knowledge-based Sarv Company which is active in the field of development of oil and gas industries has unveiled the two new widely-used catalysts in petrochemical industry; the catalyst secondary reforming used in the cycle of ammonia production and auto thermal used in the cycle of methanol production. The two products are planned to be reloaded in Razi Petrochemical Company some time in June.

Last year, the company industrialized and domestically manufactured the catalyst related to the process of sulfuric acid production.

So far Sarv Company has managed to domestically produce over 20 different highly consumed catalysts in steel, petrochemical and refining industries by reliance on the knowledge and expertise of the Iranian scientists.

Delegations from Poland and Norway are also attending the event. 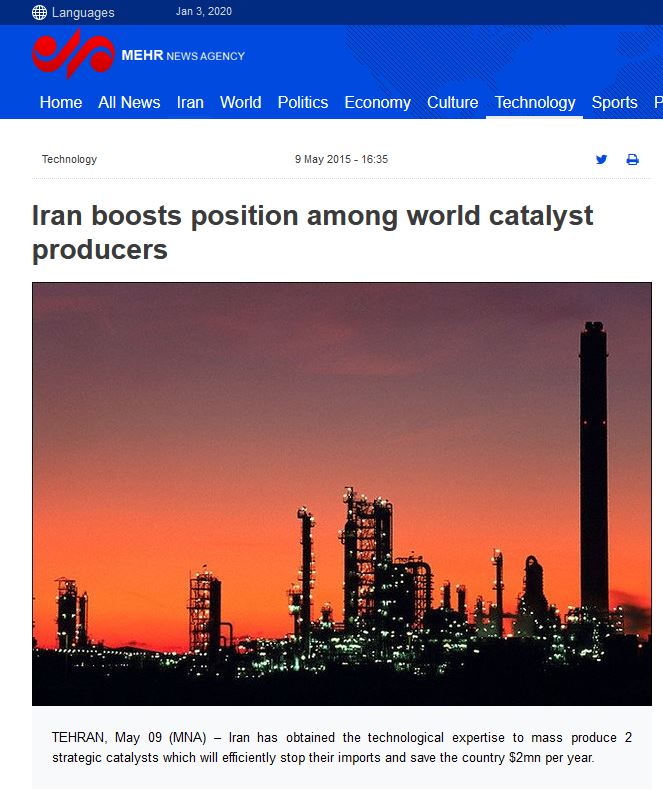